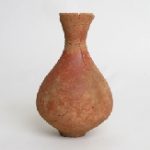 “You see Japanese ancient periods to come across” -There are many relics excavated from ancient sites in Izu peninsula, where you see the remains for the Jomon and the Yayoi period to come across. This peninsula used to be the nodal points of east-to-west and the ancient periods. This center is the representative academic facility at this peninsula.
This center displays pottery with various marine life patterns and shapes from the Jomon period (16,000 years ago – 3,000 years ago), beautiful pottery vermilion-lacquered in the Yayoi period (the 4th BC – 3rd century), and colorful gems in the Tumulus period (the 3rd– 7th century). It Introduce the items excavated from Ito city from the Paleolithic period to the modern times, along with trade porcelain that conveys the prosperity of the Ito Clan from the end of ancient times to the beginning of the Medieval Ages. 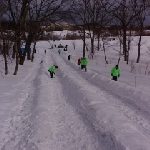 “Representing the Jomon sites of Japan” – This site was a long-term settlement during the early to middle Jomon period, 5,900 to 4,200 years ago. The remains of many pit dwellings, pillar-supported buildings, and other items show how people lived in this settlement.
There existed a system and an idea for maintaining a large settlement. Excavated jade beads and obsidian tools show that trade occurred with far off regions of the Japanese islands.

The port of Noheji used to be connected to Osaka by the Kitamae-Bune, a Japanese freight vessel during the Edo era (1603-1868). This museum, which introduces the history of the port, features cultural assets that have been connected to the Jomon period for more than 10,000 years.
A 5,500 year old, early Jomon period wooden bowl used to have a spiral shell decoration, hollowed out of Konara oak and coated with red lacquer. “Clara,” a 32cm tall, latter Jomon Clay figurine, with an inverted triangle body, and other objects are exhibited.

At this location, Mokusa swordsmiths made the original curved, Japanese swords in Ancient Ages.Visitors to the museum can learn about the area’s historical figures, including the Mokusa swords; the Kasai clan, who served as vassals to the Kamakura・Muromati shogunate in Medieval Ages; and the Tamura clan, who were lords of the Sendai domain in the early modern times.
There is also information about the Otsuki family and, in particular, Gentaku Otsuki, who played a critical role in the advancement of medical Kaitai Shinsho (1774). It was translated from the original Dutch book, Anatomische Tabellen.
The museum also has exhibits about Chusonji temple manor, Honederamura Village, which financially supports and sustains the repository of the national treasure, Konsikinji Issaikyo, the national treasure of decorative sutras, written in gold paint on navy paper.
Honederamura Village has an aesthetic beauty – with its agricultural roads, irrigation canals, and levee ridges – to achieve harmony with the surrounding, undulating topography.