This museum exhibits various money from ancient times to the present day. It features mainly Japan money, but also Chinese and other East Asian money and related materials.
The core of the collection is the “Senpeikan Collection” collected by Tanaka Keibun, who was an ancient money collector and researcher since the late of the Meiji period (1868 – 1912). This collection was donated to the Bank to the Bank of Japan in 1944 to avoid loss due to the war fire.
And this museum opened in 1985 in commemoration of the Bank of Japan’s centennial anniversary (1982), in order to make the collection in public widely.

There are thickets, the waterway that lets fireflies grow, and a waterwheel, at the Mitaka Osawa Village, along the Nogawa River. The Tamagawa Water Supply was developed for supplying water to the urbanizing Edo, in the Edo period (1603 – 1868).
The Water Supply was divided to supply water for developing new rice fields, to support Edo’s growing food consumption. The landscape of the Musashi Plain was transformed to a rural one, which it was said as the rangeland of blooming gromwell, by courtiers in Kyoto in the Heian period (794 – 1185). 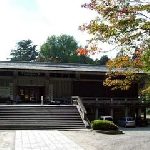 In 1617, the remains of Tokugawa Ieyasu (1543 – 1616), the founder of the Tokugawa Shogunate, was reburied at Tosho shrine in Nikko Tochigi, in accordance with his will.
His wish was that he became the guardian of Hashu, the eight provinces of the Kanto region around Edo.
Nikko, which is located north of Edo, the Shogun capital, was likely symbolic of the polar star. In 1634, Tokugawa Iemitsu, the third shogun (1604 – 1651) made a pilgrimage to the Tosho shrine and started the major construction effort. This shrine was transformed to Toshogu shrine.
Exhibited in the Nikko Toshogu Museum, Nanban, are the Western style Armor that Ieyasu used for the Battle of Sekigahara in 1600, celebrated swords, Osafune Katsumitu･Munemitsu and the legend of Toshou shrine, and drawings of Ieyasu from the siege of Osaka summer campaign of 1615. 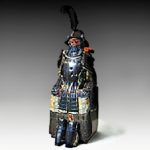 The museum opened in 2019 and took over the cultural properties of the Date City Development Memorial Hall, which closed. Date city was developed in 1871 by the mass immigrants of a family of Sendai Domain, a lord of Watari, Date Kunishige (1841 – 1904), and his vassal. Many fine arts and treasure of Japanese feudal lords’ belongings were sold to raise development funds, but they kept some items to convey to the next generation.
The museum exhibits valuable items from the Watari Date family, such as Omote Dogu, official utensils of the samurai family, like armor and swords, and Daimyochodo, Japanese feudal lords’ furnishings, like the dolls that depict the imperial court, in the Edo period (1603 – 1868), along with valuable materials related to development.